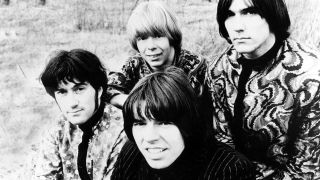 Bob Seger & The Last Heard's singles for the Cameo label are to be collected on album for the first time. Some of the songs - originally released in 1966 and 1967 - appeared on 2012's unofficial East Side Story collection, but Heavy Music - The Complete Cameo Recordings 1966-1967 brings them together as a legitimate release for the first time.

The period covered by the compilation starts when Seger was joined by longtime manager Ed ‘Punch’ Andrews in 1966, and runs until the point in 1967 when Cameo-Parkway Records went out of business. It features the five singles Seger recorded for Parkway, plus their b-sides.

Tracks on the album include the garage rock stomper Persecution Smith, which is already available on streaming services, and Heavy Music, set to be Seger's national breakthrough hit until Parkway's collapse. Seger later revived the song on 1972's Smokin' O.P.'s.

Heavy Music: The Complete Cameo Recordings 1966-1967 features liner notes by Rolling Stone writer Jim Allen, as well as original photographs and label art from the Cameo archive. The vinyl edition of the album was pressed at Jack White's Third Man plant in Detroit.

The album will be released on CD, 180g vinyl, and via the streaming platforms.