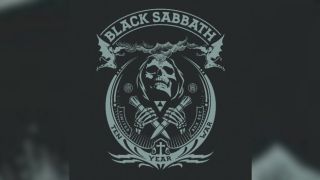 Black Sabbath are to release a limited edition box set titled The Ten Year War on September 29 through BMG.

Each album has been remastered by Andy Pearce from the original tapes and will be pressed on heavyweight 180g splatter-coloured vinyl. Each record will have it’s own colour.

In addition, the package will feature two rare 7-inch singles: The Japanese version of Evil Woman (Don’t Play Your Games With Me)/Black Sabbath, and the Chilean version of Paranoid/The Wizard. Only 100 copies of the latter radio promo were originally pressed.

The Ten Year War box set will also come with a crucifix-shaped USB stick containing high definition audio of all eight albums, along with a host of extras. Find a full list of contents below.

The Ten Year War box set is now available for pre-order via PledgeMusic.