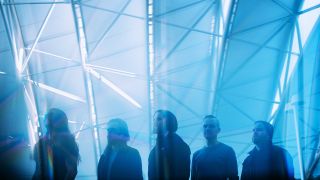 US prog metallers Between The Buried & Me have announced a short run of Australian tour dates for February 2020.

The shows will see Between The Buried And Me play two sets each night, with bassist Dan Briggs explaining to Prog: “The ‘evening with’ set is a curation of almost 20 years of music with the specific intent on realising what it all means in 2019 – how did we arrive here and where do we go? Sometimes the process of realisation comes from breathing new life into old material. Over the two sets of music, there's a four-part arc that will play out in the form of one cohesive night of music spanning 2002-2019.”

Tickets for the Australian dates go on sale this Friday, September 20. All ticket information is available here.

In the meantime the band kick off their European leg of the tour tomorrow at Haarlem's Patronaat in Holland. The European run ends with two dates in the UK, at Manchester's Academy 2 on October 9 and the last show of the European leg at London's Electric Ballroom on the 10.