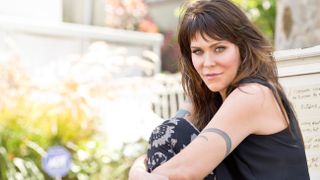 Beth Hart has released a video for her single Mama This One’s For You.

The promo features footage of Hart’s fans with their mothers after the singer called on them to submit video clips celebrating their relationships with their moms.

Mama This One’s For You is taken from Hart’s latest album Better Than Home, released last year.

Hart says: “It’s probably the most important song to me on the record. I finally got how blessed I was to have my mom.”

Hart tours the UK in November.