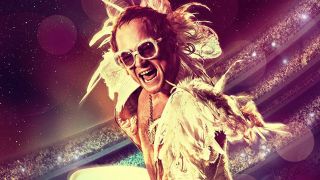 Arriving in the wake of Queen's Bohemian Rhapsody and Motley Crue's The Dirt, Elton John biopic Rocketman is the latest big budget attempt to bring a familiar musical story to the screen.

The movie has been a long time in the making, with Elton John and husband David Furnish originally planning to begin shooting in 2001 with photographer David LaChapelle directing.

Since then it's gone through multiple studios, directors and prospective actors, before shooting finally began in the summer of 2018.

Here's everything we know about Rocketman.

When does Rocketman come out?

The Rocketman release date in UK cinemas is May 22, while it opens in mainland Europe on May 29 and reaches US venues on May 31.

What rating is Rocket Man?

In The US Rocket Man is rated R (for language throughout, some drug use and sexual content), while in The UK the film haas a 15 rating.

Can I watch trailers for Rocketman?

The following day, the official film trailer for Rocketman was released. As is the way of these things, different trailers were produced for the UK and US markets.

Another Rocketman trailer was released showing a young Elton being scolded by his father at the dinner table and playing Daniel for legendary record executive Dick James, who isn’t impressed at what he’s hearing.

Before he changed music, he had to reinvent himself. 🕶️ Taron Egerton is Elton John in #Rocketman, in theatres May 31. pic.twitter.com/HLv9V13I43April 4, 2019

When does Rocketman come out as a single?

Yes. A version of Rocketman sung by actor Taron Egerton was released to YouTube on May 1. The video features Egerton singing the song in the studio, intercut with clips from the movie.

Elton says: “It was so important that the music I composed and recorded had to be sung by Taron. I wanted his interpretation of me, through Bernie’s lyrics and my music – not just acting. I left Taron in the hands of Giles Martin, who I trusted implicitly because he’s brilliant.

What's the original Rocketman song about?

Rocket Man (or, to give it its full title, Rocket Man (I Think It's Going to Be a Long, Long Time originally featured on Elton John's 1972 album Honky Chateau and was written by John with lyrics provided by his longtime songwriting partner Bernie Taupin.

Inspired by the short story The Rocket Man by science fiction writer Ray Bradbury (or by Taupin spotting a distant shooting star, depending on which version you believe), Rocket Man reached number two in the UK singles chart (it was kept off the top spot by T. Rex's Metal Guru), and number 6 in the US. An official video was finally released in 2017.

Rocket Man was produced by Gus Dudgeon, who worked with David Bowie on the similarly stellar Space Oddity in 1969.

1n 1991, Kate Bush released a cover version of the song. "I remember buying this when it came out as a single," she said. "I couldn't stop playing it – I loved it so much. Most artists in the mid seventies played guitar but Elton played piano and I dreamed of being able to play like him."

Will there be a DVD release of Rocketman?

There's no news of one yet. So watch this space.

Is Rocketman on Netflix or Prime?

Not at this time.

Who is in Rocketman?

Elton John is played by Taron Egerton, the Welsh actor who played British ski jumper Eddie "The Eagle" Edwards in biopic Eddie The Eagle. That film was directed by Dexter Fletcher, who also directed Rocketman.

Bernie Taupin, Elton's songwriting partner, is played by Jamie Bell, who won a BAFTA award for his lead role performance in the 2000 movie Billy Elliot. Movie roles since then include King Kong, Jumper, The Adventures of Tintin, Snowpiercer and Fantastic Four.

The soundtrack to Rocketman comes out on May 24, and features 22 songs from the movie, including Taron Egerton's version of classic songs such as Saturday Night's Alright (For Fighting), Your Song, Tiny Dancer, Rocket Man, Bennie and the Jets and Goodbye Yellow Brick Road.

Rocketman music producer Giles Martin (son of George Martin) adds: “Elton said, ‘I don’t think I’ve ever heard anyone sing my songs better than Taron.’ The great thing about Elton is that he wants Taron’s interpretation of his songs.

"I don’t think there’s anyone in the world who could have played Elton – it’s Taron’s role.”

There's also an official Rocketman playlist, compiled by Interscope Records with the help of Taron Egerton, who picked his favourite Elton John songs to feature on the Rocketman soundtrack and beyond.

The Rocketman soundtrack is available to order now.

What is Rocketman about?

Rocketman covers Elton John's life from the 1950s to the 1980s, moving from his days as a child prodigy through his scholarship to the Royal Academy of Music. It covers his days as a struggling musician before he meets lyricist Bernie Taupin and gets a contract with legendary music industry impresario Dick James.

From there it's onwards and upwards but equally downwards, with Elton finding success in America and descending into a spiralling pattern of addiction - drugs and drink, sex and shopping.

Rocketman's ultimate focus is Elton's battles against his demons, and about the figures in the background - his mother, father and manager - who are at the root of his loneliness.

Along the way there's plenty of spectacular set pieces, costume changes a-plenty, and (unbelievably) the first depiction of gay sex from a major Hollywood studio.

No, but it doesn't pretend to be. The chronology is all over the place, with the songs serving as devices to move the story on rather than appearing where history suggests they should. Think of it more of a spectacular, fantasy portrayal of Elton John's story.

"Everyone thinks it’s a bio-pic," says Taron Egerton. "It isn’t. It’s a fantasy musical so it’s actually his songs used to express important beats in his life at emotional moments.”

Is Rocketman any good?

Reviews have been largely positive, with Taron Egerton singled out for positive praise.

"Director Dexter Fletcher's decision to dispense with reality does have its upside. Otherwise we wouldn't have the scene in which Elton duets with his boyhood self at the bottom of a swimming pool, bubbles escaping his nostrils as he does, or another in which the audience at an early US show literally levitate. It's The Dirt as envisioned by Baz Luhrmann." (Classic Rock)

"Taron Egerton is the perfect Reggie/Elton: shy, bumptious and cartoonishly over-reactive. We are amazed that speech balloons don’t accompany the popping eyes and busy gestures. The Elton songs are woven into the life story so that we never get bogged down in biopic linearity" (Financial Times)

"Rocketman is far from a disaster - it couldn't be given Elton John's back catalogue - but it is a disappointment, a missed opportunity. Lee Hall's script is fine, the acting is fine, the directing is fine and the music is great - although Taron Egerton can't sell a song like Elton John, but then few can." (BBC)

"Egerton struggles with some of the film's more heightened dramatic moments. A scene where he comes out to his mother in a phone box feels a bit like a one-man student stage show, complete with awkward grimacing. But in general, it's a performance that goes much deeper than mere look-a-like." (Total Film)

"What the movie made an honest job of, was conveying the meaning of the song itself: the rocket pilot who is afraid and lonely and for whom the apparently mind-blowing business of space travel is all in a day’s work. Rocketman is an honest, heartfelt tribute to Elton John’s music and his public image. But the man itself eluded it." (The Guardian)

"The film doesn’t shirk from depicting his hedonistic lifestyle in bold, R-rated hues. But even in Elton’s darker dalliances with addictions, Fletcher challenges the idea that bleak topics need to be presented bleakly, finding effervescence and warmth everywhere. In fact, some of the film’s best scenes come from the authentic, down-to-earth friendship Elton shares with his longtime lyricist Bernie Taupin." (Empire)

Is Rocketman the new The Dirt or the new Bohemian Rhapsody?

With Queen biopic Bohemian Rhapsody dominating the box offices and clearing up at awards ceremonies, and The Dirt doing serious business for Netflix, it seems like 2019 is set to be the year of the rock biopic.

Much like those two movies, Rocketman tells a musician's story from gestation to chart-toppling fame, and all three were made with close input from their subjects. While this promises at least an element of accuracy, it also encourages a degree of self-censorship.

It's possible that - despite the fantastical nature of his story - Elton John's movie may have the achieved the balance. It's not sugar coated like Bohemian Rhapsody, and not focussed on the sewer like The Dirt. There's enough real life gristle to convince, and enough flights of fancy to entertain.