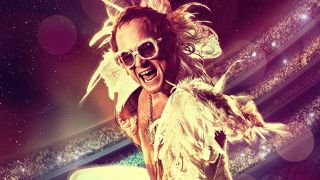 The Dexter Fletcher-directed film will go on general release in the UK on May 24 and in North America on May 31.

The trailer gives us the first real taste of what we can expect when the movie launches and shows Elton – played by Taron Egerton – writing Your Song, announcing that he’s changing his name from Reginald Dwight, studio scenes, live performances and more.

Earlier this week, a trailer showing Egerton transform into the lead role was released. Rather than mime to Elton’s recorded material, the 29-year-old actor sings all the songs in the film.

Music producer Giles Martin says: “Elton said, ‘I don’t think I’ve ever heard anyone sing my songs better than Taron.’ The great thing about Elton is that he wants Taron’s interpretation of his songs.

"I don’t think there’s anyone in the world who could have played Elton – it’s Taron’s role.”

Egerton is joined in the cast by Game Of Thrones star Richard Madden, Bryce Dallas Howard, Tate Donovan and Jamie Bell, who plays the role of Bernie Taupin.