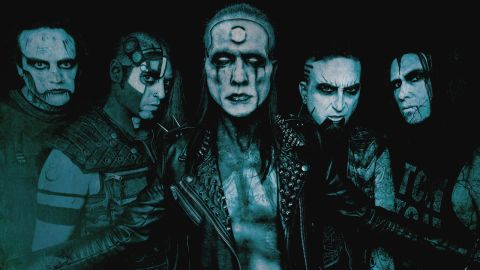 Reanimated by some bloody good performances across 2018, Wednesday 13 sinks his teeth into 12 decompositions that stitch new flesh over his heavier sound.

Necrophaze opens with narration from Alice Cooper, and John Carpenter-inspired keys from Stone Sour’s Roy Mayorga before bursting into a full metal racket that could have easily come from the soundtrack of a cool slasher flick.

Elsewhere, Cristina Scabbia and Children of Bodom’s Alexi Laiho guest on the surprisingly Lacuna Coil-esque Monster, and there’s even a credible cover of W.A.S.P.’s Animal. Necrophaze is going to be the ideal soundtrack to Halloween 2019.

Wednesday 13's Necrophaze is September 27 via Nuclear Blast and available on CD, MP3 and streaming.