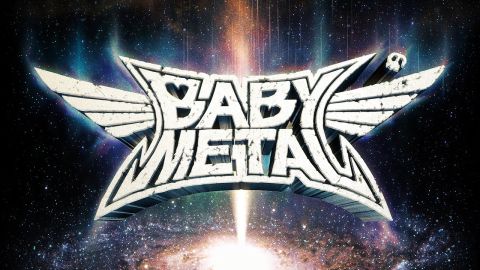 Intrigued as we were when Babymetal first emerged internationally in 2014, nobody thought such a brazen novelty would become one of metal’s most unlikely success stories. Come on: there was a ridiculous backstory involving a Fox God. The music, a fusion of brutal metal and J-pop performed with synchronised dance moves, was off its tits. But the metal purists could cry, and boy did they, all they wanted. Five years later, Babymetal have endured and they’ve won the hearts and horns of millions of metalheads.

Now we’ve arrived at album number three. Metal Galaxy has a new, typically absurd narrative for fans to decipher, which references a legend of seven metal spirits and something to do with a category four typhoon called Typhoon Moon. This is Babymetal’s first album without Yuimetal, who quit in October 2018, leaving singers Su-metal and Moametal to front the band as a duo. As a much-loved bandmate, fans have mourned her departure but it hasn’t made a scrap of difference to Babymetal’s sound. Instead, what marks Metal Galaxy out is its attempts to push Babymetal’s sound in new directions.

First single, Distortion, initially released in May 2018 but re-recorded here without Yui and including a cameo from Arch Enemy’s Alissa White-Gluz, picks up where the power metal sprint of 2016’s Metal Resistance left off. OK, there’s nothing here to rival the Kaiju-walloping riffs of Karate, but the band’s familiar brutality emerges on tracks like PA PA YA!!, which seethes with Linkin Park-esque riffs. Arkadia is a flat-out speed metal surge and highlight DA DA DANCE sounds like the girls have dragged Dragonforce down the arcades in Shinjuku. Not only does it show off the evolution of Su-metal’s vocals, which are a much stronger force upfront in the mix and have come on leaps and bounds since the band’s debut, it balances the disparate elements of Babymetal’s ludicrous sound, possibly moreso than anything they’ve done before.

So far, so ‘normal’, but elsewhere, the band chuck surprises like grenades. Intro Future Metal instructs, ‘Fasten your neck brace’ over crunchy power chords and skittering, prismatic beats, while Elevator Girl is sung in English and topped with a sugar-dipped, doo-wop chorus. Shanti Shanti Shanti, which revolves around a sitar and a throbbing beat, would kick absolute arse at Eurovision, while Sabaton’s Joakim Brodén pops up on Oh! MAJINAI, for a very silly, Korpiklaani-like folk metal stomp. Even on Brand New Day, where Babymetal veer closer towards their J-pop roots than your average Priest fan would prefer, they subvert convention by bringing in tech metallers Polyphia for a track that sounds like Bring Me The Horizon’s Medicine.

If all this sounds like Metal Galaxy is Babymetal’s poppiest album so far, you’d be right, but if you’ve been into their batshit-isms since the start, the chances are you’ll love it anyway. For a band whose existence is one massive curveball, the number of tangents on show here suggest this band are capable of growth we never imagined and, while it will do absolutely nothing to change the minds of the haters, it doesn’t even care to try. In a genre that can sometimes value authenticity over all else, there is no one else like Babymetal and our world is all the better for it.