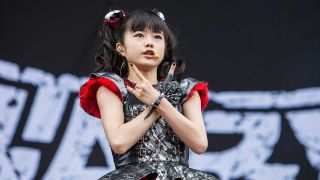 UPDATE: Yuimetal has posted a statement about her departure.

Yuimetal has left Babymetal, according to an official statement from the band.

Following the release of new song Starlight, a post appeared on Babymetal's official website about the whereabouts of Yuimetal. Earlier this year, the band's management said that despite missing the tour, she was still a member of the band.

"Yuimetal had expressed her desire to return performing with the group in the following months after last December’s performance due health concerns," reads the new statement. "During her absence, both Su-Metal and Moametal as well as the entire staff team had been preparing for her awaited return.

"However, Yuimetal came to a decision that she will not be performing at Babymetal World Tour 2018 in Japan and that she will no longer be a part of Babymetal. We thank her for all of her contributions and wish her all the best in her future endeavors."

The statement goes on to say that this month's tour in Japan "will mark the rebirth in which Su-Metal and Moametal form the core of Babymetal."

The band also posted an image on Twitter with Moametal and Su-Metal surrounded by the band.