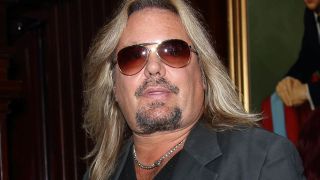 Neil was outside the city’s Aria Hotel with actor Nicolas Cage last week when he allegedly grabbed an unnamed woman by the hair after she asked Cage for an autograph.

Officers arrived at the hotel after a complaint from the woman and they cited Neil for misdemeanour battery but didn’t arrest him. If convicted, Neil faces a maximum jail time of six months.

Motley Crue wrapped up their final show in Los Angeles on December 31. Neil is currently working on his fourth solo album and hinted he could tour on the back of the material.