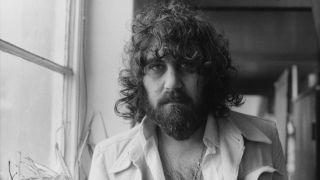 Delectus is issued on February 3, 2017, and features a chosen selection of his early work. The collection will include all of his albums on Vertigo and Polydor, recently signed by Universal and remastered for the first time ever under the composer’s own supervision.

Vangelis says: “I always welcome remastering my old work for two basic reasons. Firstly, I get the opportunity to bring the sounds to today’s standards. And secondly, it gives me the chance to go through the experiences and memories of the time.”

Delectus is presented in a box with an essay and a host of rare photographs. The discs are housed in two die-cut, gatefold disc holders within a rigid 242mm square slipcase, and accompanied by a 64-page book.

The remastered originals will be complemented with rare B-sides and four previously unreleased tracks.

Delectus can be preordered now.