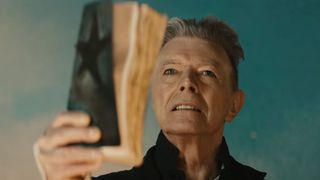 An upcoming David Bowie box set will include his unreleased album The Gouster, which he completed before reshaping it into 1975 record Young Americans.

Producer Tony Visconti has written sleeve notes for the package, in which he says: “‘Gouster’ was a word unfamiliar to me, but David knew it as a type of dress code worn by African American teens in the 60s in Chicago.

“But in the context of the album its meaning was attitude – an attitude of pride and hipness. Of all the songs we cut, we were enamoured of the ones we chose for the album that protrayed this attitude.”

He adds of the seven-track record: “Forty minutes of glorious funk – that’s what it was, and that’s how I thought it would be.”

Full details will be revealed in due course. Bowie’s last album Blackstar was this month revealed as the best-selling vinyl title of the year to date.