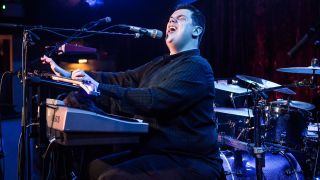 This will be a full electric band show for the outfit, the vehicle for the talents of Peter Jones, who recently wowed crowds with a similar set at this year’s Summer’s End festival. Support will come from Dec Burke, who has recently released his third solo album Book Of Secrets, and Nottingham prog rockers Red Bazar.

Tickets for the show go on sale early next week and cost £21.50 (including booking fee) and go onside early next week. they will be available from the venue website and from See Tickets.