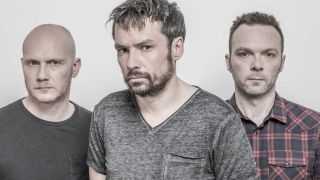 The Pineapple Thief have announced they’ll release their next album titled Your Wilderness on August 12 via KScope.

It’ll be the band’s follow-up to 2014’s Magnolia – and they’ve issued a short teaser clip of the eight-track record. View it below.

He says: “Since Magnolia, the most eye-catching change is obviously having Gavin Harrison contribute drums throughout the album. This has not only redefined our sound but also redefined how we approached the songs as a band. Gavin’s drumming is technically brilliant but also incredibly musical, and it inspired all of us to raise our game.”

Soord reports he’s rediscovered his “progressive roots in terms of song-writing and arrangement” and adds: “We were lucky enough to have John Helliwell from Supertramp contribute some beautiful clarinet parts and Caravan’s Geoffrey Richardson provided a string quartet.

“We were also joined by a lovely four-piece choir and to cap it all off, my friend Darran Charles from Godsticks added some jaw-dropping guitar playing.”

He continues: “You’ve never heard a The Pineapple Thief album like this one. I am convinced people will love this record as much as we do.”

The band are currently putting the pieces in place for a late 2016 European tour and plotting dates in North America. Further details will be revealed in due course.

The Pineapple Thief Your Wilderness tracklist