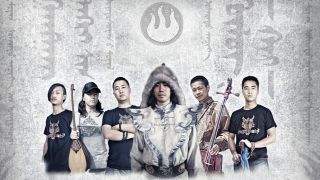 You might think Mongolian folk metal is a niche scene and you’d be correct as Tengger Cavalry were the world’s first band to fit the mould, and now they’re releasing their fifth full-length Blood Sacrifice Shaman on Metal Hell Records.

Think it could be your thing? A blend of riffage, fiddles and nomadic sensibilities have morphed into this original hybrid of indigenous heavy metal.