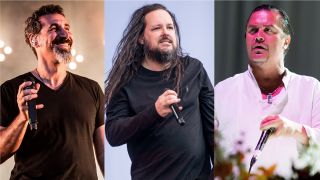 System Of A Down, Korn and Faith No More have announced details of a one-off show in California later this year.

The three bands will be joined by Helmet and Russian Circles at the Bank Of California Stadium in Los Angeles on May 22 for what promises to be a massive day of music.

Tickets for the event will go on sale from 10am PT this coming Friday (February 7).

The news comes after the bands all teased an image of an astronaut across their social media sites over the weekend, with the official announcement coming via a sci-fi themed video which can be watched below.

Korn’s latest album The Nothing arrived in 2019, while Faith No More announced a run of UK and European tour dates in December.

System Of A Down haven’t released an album since 2005’s Mezmerize, with all band members weighing in about the lack on the lack of new material over the last couple of years.

Helmet, meanwhile, will return to the road later this year on their 30th anniversary tour, while Russian Circles launched their seventh studio album Blood Year in August 2019.