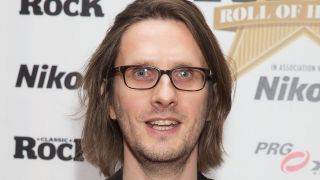 Steven Wilson says he’d love to be reunited with a sequencer his late father built for him but which he hasn’t seen since he lent it to a friend as a teenager.

The producer recalls his electrical engineer father building various instruments for him before he died in 2011 – and he says he wants the device back.

Wilson tells Music Radar: “My father was an electronic engineer – and when I was young he made me all these instruments, like a vocoder, a delay machine, a little four-track portastudio.

“There was one thing, in particular, this sequencer and it was amazing. It had its own personality and it was totally unique to the way my dad thought about it.”

He continues: “I lent it to a friend and, as you do when you’re a teenager, fell out with the friend and never got it back. I would love to have that back.

“It just connects with my memories of my father and my nostalgia for that time, but it’s also an extraordinary piece of gear.”

Wilson – who is working on the follow-up to last year’s Hand. Cannot. Erase. – will play in Spain and Italy next month.