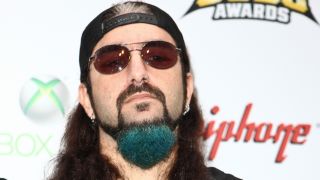 Mike Portnoy will perform Dream Theater’s 12 Step Suite in full on his 50th birthday Cruise To The Edge next year.

The former Dream Theater and current Winery Dogs sticksman revealed in March that he plans to celebrate his 50th birthday with a party on the Cruise To The Edge floating festival, which sets sail from Tampa, Florida, on February 7 and runs until February 11.

He said at the time it would be “the concert of my lifetime,” and he’s now confirmed he’ll perform all five tracks of the 12 Step Suite in their entirety and in sequence.

The 12-Step Suite is made up of five tracks, each of which featured on separate Dream Theater albums.

The Glass Prison is the opening track on 2002’s Six Degrees Of Inner Turbulence, This Dying Soul appeared on 2003’s Train Of Thought, The Root Of All Evil opens 2005’s Octavarium, Repentance is from 2007’s Systematic Chaos and The Shattered Fortress is the fourth track on 2009 album Black Clouds & Silver Linings.

Portnoy wrote the collection of tracks to deal with his experience of alcoholism and always intended to perform it live in full.

He says: “When I came up with the idea of writing a multi-part suite that was to span five albums – which ended up taking eight years to complete – it was always part of my masterplan to eventually perform it in it’s entirely live on stage.

“It saddens me that I was not able to do so with Dream Theater after completing the final piece of my conceptual puzzle, but I’ve decided that I owe it to the fans to finally bring my 12 Step Suite to life on stage as I always envisioned.”

Portnoy continues: “There’s no better time and place than at my 50th birthday concert aboard Cruise To The Edge.

“Joining me for this very special performance will be some great friends and amazing musicians that I know will kick ass in helping me with my unfinished business of bringing this piece of music to life on stage.”