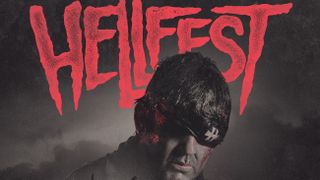 Hellfest boss Ben Barbaud has vowed to improve on the festival for next year after taking on board criticism from fans.

In an open letter published on the French festival’s Facebook page, promoter Barbaud says the 3000 extra fans on the Clisson site compared to last year’s event were not the reason for the problems – such as long queues at cashless top-up machines and overcrowding at the two biggest stages.

Barbaud says: “The areas in front of the two main stages will have to be readjusted. We had never witnessed such forceful enthusiasm during shows like Rammstein’s, Black Sabbath’s or Gojira’s, to the detriment of the other stages when different bands were playing at the same time as these popular artists. We organisers will have to adapt.

“There were also some shortcomings we were not prepared for – the excessive wait at the cathedral and at the cashless banks got on a lot of festivalgoers’ nerves.

“It’s hard for us to explain this new phenomenon. It is quite unlikely that the mere 3000 additional attendants provoked such complications.

“Whatever the cause, this new information will have to be analysed and we will try to remedy the problem next year by adding more cashless stands and more pat-down lines.”

As well as Black Sabbath, Rammstein and Gojira, Hellfest 2016 featured performances by Twisted Sister, Puscifer, Korn and many others.

Barbaud continues: “The festival site was built around six stages with different themes in order to welcome the bigger as well as the smaller bands. We will not change anything about that, the festival will continue to ferret out all sorts of artists, popular or not, unexpected or classic.

“Organising a festival this big is no easy task, but from our point of view, challenging ourselves is essential.”