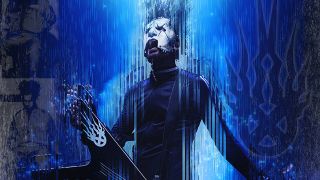 Static-X and Devildriver have announced the second leg of their co-headline Wisconsin Death Trip tour.

They’ll wrap-up their run of summer shows across North America in Las Vegas this coming Saturday – and they’ve wasted no time in announcing a further 33 shows in the US and Canada which will take place throughout November and December.

The pair will be joined on the road by Dope, Wednesday 13 and Raven Black for the majority of dates, while Wednesday 13 will be special guests of Static-X for eight of the shows.

Static-X’s Tony Campos says: “We are so honoured and grateful to all the fans who came out and supported the Wisconsin Death Trip 20th Anniversary tour. The response was absolutely overwhelming!

“There were a number of places that were left out of the first leg, so we are very excited for the opportunity to circle back and celebrate all the good times we had with Wayne.

“We look forward to giving those fans an opportunity to pay their respects with us and to experience Wisconsin Death Trip once again before 2019 comes to a close. From the bottom of our hearts, thank you all!”

Devildriver frontman Dez Fafara adds: “The last tour was so successful, with most dates sold out or close to it, that of course we are honoured to be part of this package again.”

The Static-X trio of Tony Campos, Koichi Fukuda and Ken Jay revealed they had reunited in October last year for the Project Regeneration album – the first time they had been back together since the death of frontman Wayne Static in 2014.

Static-X have been joined by a mystery vocalist on tour, with the trio issuing a statement back in January to explain why he wears a mask to make him look like the late vocalist.

Before the second leg gets under way, Static-X will play shows in the UK and Europe in September and October.