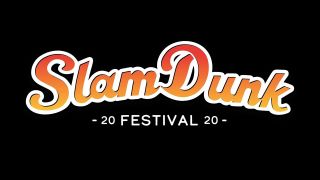 The UK event will take place in Leeds on May 23 and in Hatfield the following day, and Sum 41 have been confirmed as co-headliners along with the previously-announced Don Broco.

The other 10 artists who have been confirmed for Slam Dunk 2020 today are Billy Talent, The Used, NOFX – who will be returning with the Punk In Drublic stage they debuted last year – Pennywise, The Story So Far, Basement, We Are The In Crowd – who will be performing an exclusive world reunion – Your Demise, Dream State and Grayscale.

NOFX's Fat Mike says of his return to the festival: "I don't actually remember playing last year... so we decided to do it again this year! I probably still won't remember, but this time we're gonna video tape it."

Further artists will be revealed in due course.