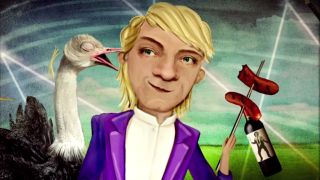 Rush have launched a trailer for their R40 Live DVD, which is released next month.

The clip showcases material filmed during their two-night stint at Toronto’s Air Canada Centre in June, during what’s thought to be the trio’s last large-scale tour. It follows a clip featuring their performance of Roll The Bones.

R40 Live is released on November 20 with special packs available for pre-order from the Rush website. Frontman Geddy Lee appeared on this week’s* Prog Magazine Show* on TeamRock Radio – listen on demand now.