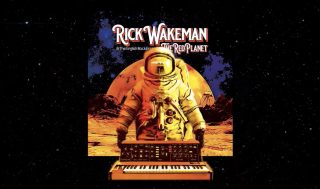 Rick Wakeman has released a brand new video giving fans a taste of his forthcoming new album The Red Planet. The new album sees the keyboard legend return to his progressive rock roots, and will now be released in June. You can watch the video below, which features the track Tharsis Folus.

"It’s been great fun getting back to prog and I think the period away from recording such an album has contributed greatly to making The Red Planet sound extremely fresh," Wakeman tells Prog.

The Red Planet will be released on LP and CD, with the first 1000 vinyl units pressed on 180g red double vinyl, which will be signed and numbered and presented in a ‘pop-up’ cover.

Asked about the expectations of prog fans who are hoping to see the “prog fader turned up to 11,” Wakeman replies: “That could be a problem as it's already at 14!”

Both versions are available to pre-order.