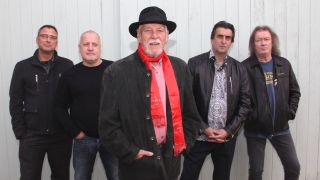 The band will perform with a full orchestra and choir at the celebrated venue on April 2 in what is being described as "a celebration of their music and hits throughout the years, realised in stunning fashion at The London Palladium."

In October 2018, the band played the same venue, where they performed their 1972 live album …Edmonton… in its entirety.