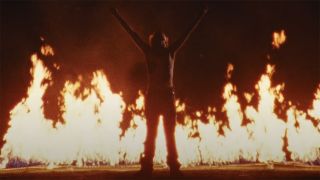 Pearl Jam have released an uncensored video for their Ten track Jeremy.

The song was inspired by the suicide of 15 year old Jeremy Wade Delle, who shot himself in front of classmates at Richardson High School in Texas in January 1991. The track appeared on the band’s debut album and was released as a single the following year.

However, the original Mark Pellington-directed video wasn’t allowed to be broadcast in the US due to the country's TV censorship laws – with the band releasing the uncensored version for National Gun Violence Awareness Day.

Pearl Jam say: “The increase in gun violence since the debut of Jeremy is staggering. We have released the uncensored version of the video which was unavailable in 1992 with TV censorship laws.

“We have also released an updated Choices shirt with all proceeds to support organisations working to prevent gun violence. We can prevent gun deaths whether mass shootings, deaths of despair, law enforcement, or accidental.”

Earlier this month, Pearl Jam shared a behind-the-scenes look at how their video for Gigaton track Retrograde was created.

It followed videos for Dance Of The Clairvoyants, Superblood Wolfmoon, and Quick Escape from the follow-up to 2013 Lightning Bolt.