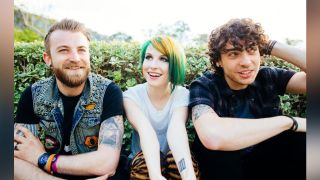 Paramore and former bassist Jeremy Davis have commenced a legal battle over his entitlement to a share of the band’s income.

Davis left last year in what was described as a “painful” split, with Hayley Williams and Taylor York saying they were “excited for what Jeremy’s going to do next.”

The Tennessean reports that Davis last week filed a lawsuit against his former colleagues and Williams’ company Varoom Whoa after he was refused access to financial records.

She argues that he was an employee rather than a partner in the business, while he says he’s entitled to a share of royalties, tour revenue and other income.

Davis’ lawsuit says that Paramore were founded as a partnership between him and Williams, and York was an employee until becoming a partner in 2008. The bassist says he took part in decision-making over the business, adding: “Thereafter, and at all times relevant hereto, Davis, Williams and York shared equally in all net profits generated by the partnership.”

But Williams’ lawyer counters that she’s the only person to have a record contract, and has always paid the rest of the band as employees, adding: “Because she wanted to foster a feeling of camaraderie in the band, the members’ salaries included a portion of Williams’ earnings.”

A judge will be asked to decide whether Davis was an employee or a partner, and whether he’s entitled to damages as a result of his departure from the band.