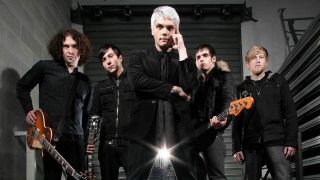 My Chemical Romance have no reunion planned, they’ve stated.

Speculation exploded yesterday after the band released a teaser video for an unspecified event in September this year, which ties in with the 10th anniversary of groundbreaking album The Black Parade.

But despite fans’ hopes, Gerard Way and co will not be staging a return to action.

My Chemical Romance say: “We’ve been really touched and blown away by the response to the teaser trailer.

“We are not touring and there is no reunion planned – only a release for the anniversary of The Black Parade.”

They add: “Thanks so much for continuing to keep MCR in your minds and in your hearts.”

The band split in 2013 – but frontman Way later revealed he’d wanted to break up the band years earlier, admitting: “By the end of The Black Parade I had in fact said everything I wanted to say.”