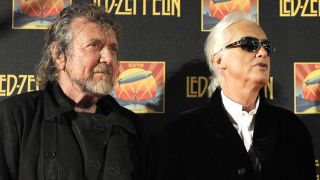 Led Zeppelin have lost their bid to recoup almost $800,000 in legal fees spent defending the Stairway To Heaven plagiarism trial.

The band’s publisher Warner/Chappell Music sought to be repaid legal fees worth $613,000 as well as other fees, totalling $793,000, after successfully proving the band did not copy Spirit’s track Taurus for the opening riff of Stairway To Heaven.

This week, Judge Gary Klausner ruled that Warner/Chappell Music was not entitled to legal fees and other costs because the copyright lawsuit against them was not frivolous.

The judge aded that the lawsuit had enough merit to go to trial and there was no evidence the plaintiff “harboured nefarious motives.”

Led Zep’s legal team asked the court to award them the fees, saying Francis Malofiy, who represented the estate of late Spirit man Randy California, was guilty of “extensive and ongoing litigation misconduct.”

At the plagiarism trial, Malofiy was angered by the court’s decision not to play Taurus to the jury, saying: “The jury never got to hear the real evidence in this case and that’s very frustrating, because the court system is always a search for the truth.”

Malofiy is currently serving a suspension for serious misconduct in a separate copyright case.

Malofiy has launched an appeal against the jury’s verdict.