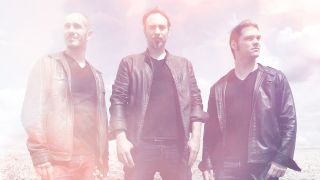 French atmospheric rockers Klone are back with a new single and details of their upcoming new album, their first with Kscope Records.

Much of the inspiration for Le Grand Voyage, including Hidden Passenger, has come from pondering on the great philosophies of life, those eternal unanswered questions like who we are, where we are going and, ultimately, what happens next.

Klone’s guitarist Guillaume Bernard gives us a further insight into the album’s inspiration: “Me and Yann, our singer and lyricist, were watching documentaries about near-death experiences. What happens after death? What is the spirit? Those kinds of questions. We found it an exciting and a mysterious subject to think about – what really happens?

“We feel that we create music that is deeply connected to the universe. We used a lot of reverb, almost as if we were to touch everything in space… we want our music to resonate in the cosmos!”

Le Grand Voyage follows up on their 2015 album Here Comes The Sun and was mixed by Francis Castes at the Sainte Marthe Studio in Paris. Guillaume describes the new album as a “natural and logical continuation of the song The Last Experience, which concluded our previous album.”

The band will be supporting the release of Le Grand Voyage with an extensive tour and you can pre-order the album here.