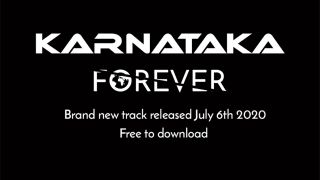 Melodic UK prog rockers Karnataka have announced they will release a brand new single, Forever, tomorrow. The song will be available as a free download and was written during sessions for the band's latest album, the follow-up to 2015's Secrets Of Angels. Forever will be the first new music from the band since the Hayley Griffiths-fronted line-up splintered acrimoniously in 2017.

"We’re pleased to announce the release of our new ‘lockdown’ song/video Forever on Monday July 6th," the band announced. "The song and video were recorded and filmed remotely over the last few weeks. It’s the first time we’ve tried this and it’s been a great way to keep the creative process going during the lockdown.

"A huge thanks to all of you who took part in the video – it was a truly global effort and we had some very creative responses! The track will also be on the new album currently being recorded. We’re making the track free to download and just ask that you consider making a donation, however small, to a charity of your choice instead."