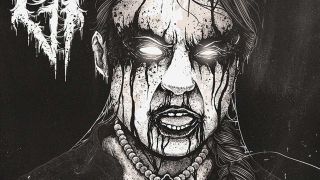 Wow. What a rollercoaster ride this Greta Thunberg death metal mashup has been. Just last week we reported that one YouTuber, John Mollusk, had dubbed over the Swedish environmental activist's UN speech turning her words into death metal vocals.

The clip went viral and has already been viewed over 4 million times – including by Greta herself, who endorsed it in a tweet that read "I have moved on from this climate thing… From now on I will be doing death metal only !!"

But now, Mollusk is taking the collaboration one step further and releasing the track as a single to help Greta's cause.

Also known as G.T., Mollusk is the drummer of New York based thrash metal band Suaka, and as a result is no stranger to the metal scene.

"When I saw her speech, I was very impressed by her passion and outrage, and the words she chose just evoked the darkness of the metal music I love: Entombed, Gojira, At the Gates, Sepultura," he told Rolling Stone magazine.

"My personal stance is that individuals need to do their part to strive to conserve and preserve our environment."

The drummer turned environmetal growler has hooked up with the Swedish independent hard rock label Despotz Records to release the track, entitled How Dare You, donating all profits to Greenpeace.

”Greta says it better than neither we on this label nor any other adult so far has been able to say it, so one of the best things we can do is to use our platform for spreading her own words. We stand united with her in her quest and are grateful for a chance to contribute in any way!” explains Despotz Records.

"To be fair, Greta embodies rock music in its full meaning. She is uncompromising, tough as hell and doesn't give a shit about what people think of her. She is not afraid to tell you about the scariest things imaginable without beautifying it a bit, and that is what metal is about."

Help Despotz and Mollusk achieve this by donating a mere $1.50 and downloading How Dare You via their official bandcamp.