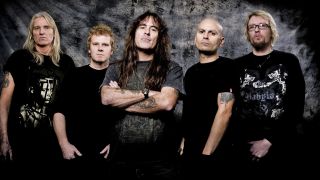 Iron Maiden mainman Steve Harris will tour Europe with his solo band British Lion in the near future – and he’s announced the first date of the trip.

It marks the band’s first appearance since they played across Europe last year, in support of their self-titled 2012 album.

Harris said at the time that he enjoyed playing smaller-scale shows with vocalist Richard Taylor, guitarists David Hawkins and Graham Leslie and drummer Simon Dawson, adding: “We love the vibe and intimacy of getting up close and personal with the crowd.”