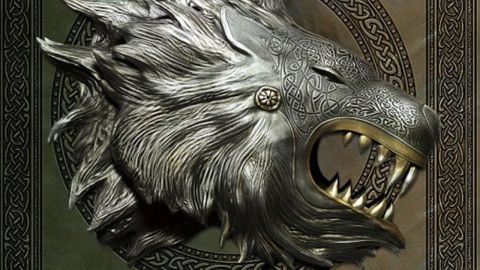 Well now, what did you expect? Steve Harris is one of heavy metal’s most straightforward characters, a no-nonsense geezer with an East End rep. His band – make no mistake, it is his band – Iron Maiden have sold 85 million copies of their 15 albums, and ’Arry’s mark is all over every one of them.

Many of those 15 records have been relentless repetitions of formula. Nothing wrong with that, either, as ’Arry will tell you. If it ain’t broke, and so on. But there was a feeling that perhaps this was Harris’s life’s work. Here was what he had to say: he and Iron Maiden had coined a sound and an image that had sustained them, and if he had something to add to it, it would most likely have emerged before his 56th birthday.

Which makes British Lion a surprise, and, it transpires, a welcome one. The record is in large part a homage to Harris’s influences: Deep Purple, UFO, The Scorpions, The Who, Rainbow, Judas Priest. Each are recognisable at different moments but, importantly, they are synthesised into a powerful generic sound that celebrates a less reflective, self-absorbed and ironic era. It’s not really fair to call it simple, but it is uncomplicated by any sort of pretension and, as such, it’s a telling exercise in nostalgia for anyone who found that time proved formative.

Such is Harris’s unshakable confidence in his musical judgement, he has somehow imparted enough swagger into the material to avoid it sounding hopelessly dated. It’s quite a trick. According to the press bumf, he first encountered singer Richard Taylor and guitarist Graham Leslie many years ago when they submitted a tape to him. It’s apparent what Harris liked. Taylor has a kind of Glenn Hughes quality to his voice, Leslie has something of the epic feel of Tipton or Downing.

On the record’s first three songs they lay down their manifesto: balls-out heavy metal on This Is My God, a touch of sci-fi fantasy on Lost Worlds and then some tuneful hard rock on Karma Killer. That process repeats throughout: Judas is Priest-y; The Chosen Ones might be an out-take from Misdemeanor-era UFO; The Lesson has the classic feel of a Dio/Blackmore ballad.

Lyrically, it is less successful. Stars shine like tears, people worship the wind and 30 per cent of the songs have ‘world’ in the title. But this is Steve Harris not Bob Dylan, so expectations must be tempered.

In all, British Lion is an album that is both exactly what you’d expect, and far better than that. Nice one, ‘Arry!