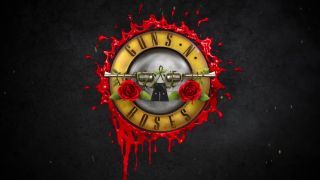 Guns N’ Roses have released a short video suggesting further dates could be added to their 2017 Not In This Lifetime tour.

The reactivated lineup featuring Axl Rose, Duff McKagan and Slash are already due to play shows in Japan and Australia throughout January and February. However, along with the video, journalist Mitch Lafon has posted a picture of a Guns N’ Roses billboard in Montreal which reads: “Welcome To The Jungle #GnFnR2017.”

The band didn’t play Montreal on their initial run of dates earlier this year.

The new video states that, “the machine is back at it in 2017” and features concert footage backed by Appetite For Destruction track Mr Brownstone.

He added: “I’ve been told there’s no end date. I’ve seen plenty of dates going far into next year. Everybody’s working together to keep a common goal – keep the machine going.”

Earlier this month it was revealed that the Not In This Lifetime tour topped Pollstar’s global concert income chart, with Guns N’ Roses netting $5.5 million per show.

That put them above Bruce Springsteen, Beyonce, Adele and Coldplay per show – but their average ticket price of $117 was also the highest in the top 20 list.

Guns N’ Roses have just wrapped up dates in South America. Their next show will be at the Osaka Kyocera Dome, Japan, on January 21.

Guns N’ Roses Not In This Lifetime tour 2017

The Guns N' Roses 'True Or False' Quiz: can you separate fact from fiction?