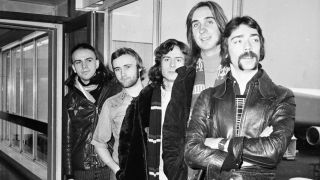 Genesis movie Sum Of The Parts is to be released on DVD in November, complete with the band's upcoming BBC documentary.

Included in the release is the upcoming BBC documentary Together And Apart, to be broadcast in October.

Former frontman Peter Gabriel says: “I think when we got it right we had something that none of us could do on our own. And there were different musical histories merging together in a powerful way.”

Sum Of The Parts is released via Eagle Vision on November 17, just weeks after live concert movie Three Sides Live is made available on Blu-ray for the first time. Genesis last month confirmed their 3-disc retrospective R-Kive set, due on September 29.