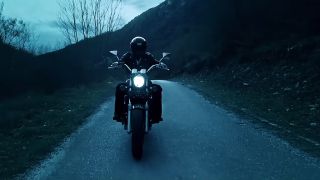 Faith No More have released a teaser for upcoming video Cone Of Shame.

The track appeared on 2015 comeback album Sol Invictus, their first record in 18 years, which followed their 2009 reunion.

Guitarist Jon Hudson reported in June that he was working on new material, saying: “I’ll probably take stock and see what comes of it sooner rather than later, so we’ll see.

“I’m sure that I was the first to state in the press last year that I didn’t bring any songs to the table. By the time I became involved in the process, there was already plenty to work with.

”It would have been counterproductive to try and finesse some of my songs into the mix at that point.”

Faith No More last month reunited with former frontman Chuck Mosley for two shows to celebrate the re-release of debut album We Care A Lot.

Mike Patton and co have five days remaining on their current touring schedule in South America and California.