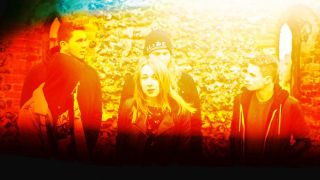 The latest release from Holy Roar’s hardcore upstarts Employed To Serve is now being streamed exclusively via Metal Hammer.

Speaking to Metal Hammer, guitarist Sammy Urwin says Greyer Than You Remember is “a soundtrack to getting older, getting colder and just becoming another face in the ever-growing and ever-miserable crowd.”

Sounds cheery, right? Well join the miserable moshpits at one of Employed To Serve’s album release shows below:

Greyer Than You Remember is out 25th May via Holy Roar.