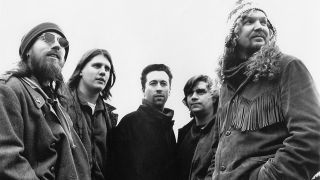 A new three-day US prog festival seeks to celebrate the genre’s resurgence in that part of the world by bringing together an international bill under leading acts Echolyn and Glass Hammer.

Progstock 2017 takes place from October 13 to 15 at the Union Country Performing Arts Center in Rahway, New Jersey, and it’ll go ahead after a successful crowdfunding campaign.

Also on the bill are The Tangent, Karmakanic, Francis Dunnery and Simon Godfrey, who line up among a total of 18 artists.

Promoter Thomas Palmieri says: “Prog never went away, it just went underground. There are thousands of wonderful bands out there. Popular tastes change, but the authenticity and originality of prog continues to flourish. The passion for this music is alive and well around the world.”

Organisers say in a statement: “Progstock 2017 is capturing a diverse international fanbase that includes teachers, physicians, engineers and other professionals who share an affinity for complex rock music. The genre is also attracting a growing number of young people who, largely through internet radio, are getting introduced to progressive rock’s musicianship and complexity.

“Terrestrial radio has not collectively embraced a wave of new progressive rock bands since the second British Invasion in the early 1970s made legends of Yes, Genesis, King Crimson, and Emerson, Lake, and Palmer.

“Response to Progstock 2017 already is proving there’s more room than ever in today’s musical landscape for a resurgence in a genre of music that began migrating underground in the 1980s.

“All the artists arose in the 1990s or later, setting the stage for a new wave of acts starting to bubble up from the underground.”

Tickets are on sale now via the event website. See the full lineup below.

Echolyn: I Heard You Listening