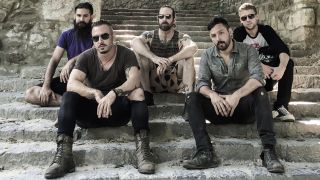 Hear it via BBC iPlayer (at around the two hour mark) or via www.siriusxm.com.

The follow-up to 2013’s One Of Us Is The Killer is thought to be called Dissociation and it’s expected on October 14 via guitarist Ben Weinman’s Party Smasher Inc label.

Frontman Greg Puciato recently said that the album was intended to be “less accessible” than their previous releases. He reported: “I don’t know if I would use the word ‘aggressive’ – it’s just really a change.”

The Dillinger Escape Plan launch a North American tour this week, and later appear at this year’s Reading and Leeds festivals in the UK.