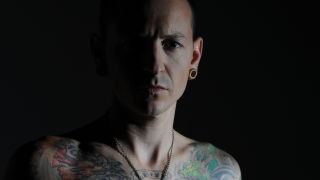 The album will feature newly-recorded music accompanied by remastered takes of Bennington's vocals taken from the band's back catalogue, and is said to be "the origin story of one of modern rock’s most recognisable voices". It is due for release on April 10 via Loma Vista Recordings.

Grey Daze founder and drummer Sean Dowdell says: “We started Grey Daze in 1993, the band ended up breaking up in 1998.”

“Fast forward to 2016, Chester’s on the road and says, ‘I think we should put Grey Daze back together.’ Obviously, what happened, happened and Chester was tragically taken from us. Of course, as soon as he passed, it was like ‘oh my God, I lost my friend, my friend’s wife is now a widow and my friend’s kids are now fatherless.’ There were all of these emotions."

The band have launched a single, Sickness, to mark the album's announcement. Dowdell says of the single: “This is loosely based on a true story from when Chester was 15-years-old.

"He was being bullied at school and one day suffered a real beating. That was the day I assumed a role as protector and almost older brother figure to Chester that has lasted since, even after his passing."

The band have released a short documentary to accompany the album's announcement. You can watch it in full, as well as the video for Sickness, below.

Amends will be available on CD, LP, as a first pressing, ruby red vinyl variant exclusive to the band’s webstore and as a numbered deluxe edition featuring both a CD and LP. All album pre-order options are available now.