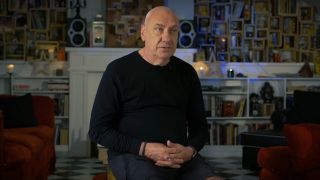 Former Black Sabbath drummer Bill Ward was hospitalised over the weekend with a heart problem.

Ward reports that he’s “OK and in good recovery” but has cancelled his upcoming live shows with his band Day Of Errors in light of his health scare.

Ward says in a statement: “It’s with great, great sadness that I must tell you I have to cancel the Day Of Errors tour dates scheduled in December. I wound up in hospital this past weekend with heart problems.

“I am OK and in good recovery at this time. However, I’ve never experienced this particular type of heart problem before, and due to its nature, I had to make the decision to cancel the dates.”

He adds: “I want to send my sincere apologies to everyone who was planning to come out to the shows. I’m so sorry we won’t be making it – I was looking forward to seeing you all and sharing this music with you. I’ll be in touch soon.”

The seven shows were due to take place in the US from December 7 and ticket refunds are now available from the point of purchase. The dates will not be rescheduled.

Ward bowed out of Black Sabbath’s reunion just months after it was announced in 2011 saying he hadn’t been offered a contract he regarded as “signable.” That led to a war of words, particularly between him and frontman Ozzy Osbourne.

However, in June this year, Ward reported that he was “at peace with those guys” and said he wished them “nothing but the best in their lives.”

He added: “I don’t in any way have any grudges or any arrogance or anything else. It’s been like that for a while.”

Find a list of the cancelled Day Of Errors tour dates below.