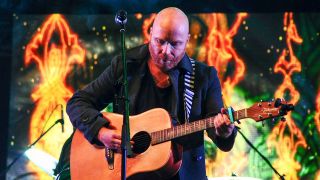 Dark British proggers Antimatter have announced they will celebrate their 20th anniversary with a special acoustic show at Camden;'s Black Heart in London on April 14.

"2020 will see a series of shows celebrating 20 years of Antimatter music, beginning in April with the first acoustic tour for 4 years due to huge demand," mainman Mick Moss tells Prog. "The first show will take place at Camden Black Heart on April 14th, in a rare UK appearance. Expect a selection of songs covering the entire discography from Saviour right through to Black Market Enlightenment."

Tickets for the Black Heart show are available from the band's website.

Tickets for Summer's End are available from the event website.