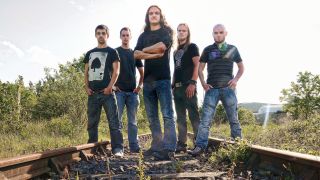 The Algorithm mastermind Remi Gallego has remixed new Aeon Zen track The Entity – hear it now in a Prog premiere.

It appears as the B-side to current single Unite, out now via iTunes. Both tracks will appear on upcoming Aeon Zen album Ephemera, to be released on September 1 and available for pre-order.

New guitarist Alistair Bell says the follow-up to 2012’s Enigma is “significantly heavier than any of our previous albums.”

The band appear at ProgPower Europe in October, and will announced a UK tour in due course.