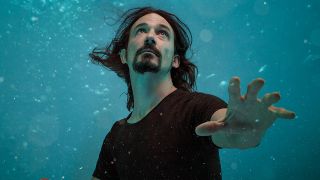 Obliterating all-comers to win our critics’ poll for the second time, Gojira could hardly be ending 2016 with any more inspirational wind in their sails. Released back in June, the French band’s sixth studio album seems to have united metal fans of all convictions, both on a musical level and in the way the album’s real-life backdrop imbued every riff and beat with electrifying emotional power.

Frontman Joe Duplantier and his brother, drummer Mario, lost their mother while piecing Magma together, an event that imbued the new album with a palpable sense of sorrow and disquiet while also pushing its creators to new heights. Given the tough road they walked to arrive at this point, Joe is understandably proud of what his band have achieved.

“We always take the hard path,” he tells us. “We could’ve done this record with a big-name producer, spent three weeks recording and that’s it, but instead we spent almost three years bleeding and sweating over this thing, building our own studio and producing ourselves. So all the choices and decisions we made on this record made it a potential disaster, ha ha! But instead it became this special, special thing. So to be Metal Hammer’s album of the year really means a lot.”

Behind their honest and humble collective demeanour, Gojira hide a stubborn streak a mile wide. Many bands would have crumbled during such an emotionally gruelling period, but the Frenchmen’s determination was absolute, as they channelled their personal troubles into new songs that have clearly resonated with a huge number of people in 2016.

“Making this record at this particular moment was almost like a physical reaction, a very honest and raw reaction to the pain and fears we were going through,” Joe tells us. “Now we have to deal with grief, and I find the album is helping with that. It’s also helping a lot of other people. We’ve had hardcore fans coming to us at VIP meetings and telling us ‘I lost my dad a few months ago and this record has really helped me’, so it’s becoming this life-raft for people that are going through the same thing. That’s great to hear.”

With a UK tour as support to Alter Bridge capping off 2016 and further extensive touring across the globe (including a full UK tour) next year, the momentum that Gojira have generated over the last few years shows no signs of abating. Magma has already proved to be the most successful album in the band’s two-decade career and 2016 has, at times, seemed almost like a well-earned lap of honour.

“It’s been amazing,” says Joe. “A lot of little things happened and a lot of big things too, like being on the cover of Metal Hammer, being on national French TV for the first time in 20 years, headlining some festivals and doing prestigious shows with Rammstein and Iron Maiden… it’s all been part of a magical package. I want to say the thing we’re most proud of is just sticking to our vision, our original impulse. It’s been a lot of work and effort to keep that alive. We’re very, very happy today.”

Black Peaks' Will Gardner on why he loves French metallers Gojira