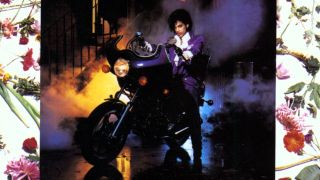 Sure, there were movie soundtracks before the dawn of the 1980s – for example, who can forget the enduring image of Peter Fonda and Dennis Hopper roaring along on motorbikes to the sound of Steppenwolf’s Born To Be Wild in Easy Rider, or young Benjamin Braddock about to be seduced by the wily Mrs Robinson to the dulcet tones of Messrs Simon & Garfunkel in The Graduate? But, prior to this thrilling decade, the soundtrack to a movie could often seem to be something of an afterthought.

In the 80s, however, everything changed. The movies got bigger, brasher and more bombastic. And so did their scores. It was a time for specially-commissioned and written songs that fulfilled the remit of encapsulating the film in a three or four minute blast. Earthy rocker Kenny Loggins seemed to develop a real knack for this and found a renewed sense of purpose during the 80s, writing the main rock themes for both Top Gun and Footloose.

Sometimes a director knew he’d have a hit on his hands if only he could find the right piece of music to accompany it. After all, would Survivor’s Eye Of The Tiger have been such a massive worldwide hit were it not for the fact that every time we heard it, we subconsciously saw Sylvester Stallone’s Rocky Balboa pounding the Washington DC streets in pursuit of his dream? I think not.

Likewise, think of all the monster ballads that have become mega smashes thanks to the film they were associated with. Would Berlin have been anything other than an obscure, struggling rock band had they not been offered the chance to record Take My Breath Away, the love theme to Top Gun?

The soundtrack also afforded bands the opportunity to record a song that might not fit into their regular album profile. Many 80s soundtracks featured bands putting their own distinctive spin onto a cover version. It’s also a fantastic way to hear artists you might never have had the chance to before. Think of the movie soundtrack as a way of discovering new bands, as a mixtape compiled by your favourite director, as a way to getting into the heart and mind of your favourite movie characters.

Oh, and don’t forget, in the 80s the songs that were featured in the accompanying soundtrack, were actually to be found somewhere in the movie – unlike the more modern taste for songs “influenced and inspired by the major motion picture” marketing cash-in.

What’s even better, is that in the 80s, the overwhelming majority of soundtracks really rocked, as the following selection proves. Get them on vinyl for that truly 80s vibe.

Who can forget the amazing aerial photography of the fighter jets in Top Gun? We're betting you can't, and part of the reason is down to the truly rockin' accompaniment to the breathtaking visuals. Soundtrack stalwart Kenny Loggins (who also did Footloose) was the guy who brought us Danger Zone, while Cheap Trick and Loverboy also show up. Oh, and let's not forget the smash hit that was Berlin's Take Your Breath Away. Make sure you get the special edition as it also includes Otis Redding's (Sitting On) The Dock Of The Bay and Jerry Lee Lewis's Great Balls Of Fire, both songs intrinsic to the movie itself. View Deal

A brilliant teen movie, made all the more compelling by its tremendous soundtrack. Clocking in at 19 tracks, it ticks all the right rock boxes by including specially-comissioned songs from heavyweights such as Jackson Brown (who had a US hit with his contribution Somebody's Baby) and Sammy Hagar. Also among the luminaries are most of the Eagles in their solo guises, Stevie Nicks and The Go Gos. Fast Times's soundtrack plays like one of the best hard rockin' mixtapes that a friend never had to bother make for you.View Deal

Sex, drugs, rock'n'roll and, er, vampires. Oh yes, we needed a slightly surreal soundtrack to accompany this brat pack-tastic, blood-sucking movie. INXS team up with fellow Aussie Jimmy Barnes for two numbers – Good Times and Laying Down The Law, Echo & The Bunnymen keep things going in fine style, adding a certain je ne sais quois to The Doors' People Are Strange. Foreigner's Lou Gramm turns in the somewhat spooky Lost In The Shadows (The Lost Boys), while Roger Daltrey's subdued take on Elton John's Don't Let The Sun Go Down On Me is worth the price of admission.View Deal

Turning novelist Bret Easton Ellis' novel about nihilistic, self-obsessed, drug-addled rich kids into a movie was always going to demand a killer soundtrack. And it got one. Mainly comprised of interesting cover versions, The Bangles turn in a spot-on, rocked up version of Simon & Garfunkel's Hazy Shade Of Winter, Slayer take on Iron Butterfly's In-A-Gadda-Da-Vida, while most curiously of all Roy Orbison offers his interpretation of Glenn Danzig's Life Fades Away. This soundtrack was also the very first place anyone would get to hear Public Enemy's Bring The Noise.View Deal

The movie which featured the girl from the wrong side of the track falling in love with a high school rich boy gave The Psychedelic Furs their breakthrough hit in the shape of the title track (rerecorded from its original 1981 form), and it leads off the album in fine Bowie-esque style. Crammed full of cool Brit rock (Bunnymen, Smiths, OMD) and the cream of US college radio; Suzanne Vega takes a different shot at her Left Of Center, while there's also the most curious carbon copy cover of Nik Kershaw's Wouldn't It Be Good by Danny Hutton Hitters. View Deal

Former Rolling Stone journo Cameron Crowe ought to know a thing or two about music, and so it proved when he compiled the soundtrack to his directorial debut. Roping in the missus (Heart's Nancy Wilson) for the sole new song All For Love, Crowe's selection runs the gamut from live tracks from artists as diverse as Living Colour and Depeche Mode to an ultra-rare song from The Replacements (Within Your Reach), and turned Peter Gabriel's In Your Eyes into one of the most enduring images from the movie, as John Cusack holds a boombox playing it aloft to win back his girlfriend. View Deal

Yes, the film's a low-budget flick featuring those loveable rogues The Ramones, but the soundtrack is more than just a selection of tracks from the denim-clad New Yorkers. Todd Rundgren contributes A Dream Goes On Forever, while where would any self-respecting soundtrack to a film called Rock'n'roll High School be without the almost compulsory inclusion of Alice Cooper's School's Out? The Ramones do get a significant chunk of disc time, contributing the titular number and a medley of Blitzkrieg Bop, Teenage Lobotomy, California Sun and Pinhead. View Deal

Many 80s soundtracks opted to include big, dumb rock anthems, but the sinister Repo Man went down another route entirely. The film is set in Los Angeles, and so the accompanying music is taken from artists from the early 80s LA hardcore scene. Black Flag, Suicidal Tendencies, Fear and Circle Jerks all get their voices heard, while the main theme comes courtesy of Iggy Pop. As the film's director Alex Cox admitted at the time, “the record was a major element in promoting the film; it was popular with the punk rock community and that got the word around". Rightly so. View Deal

Slightly different from the other soundtracks in this list in that it features only songs by one artist – Prince – but as both a film soundtrack and standalone album it works perfectly. The diminutive Purple one is at his best here whether rocking out with the rifftastic, funk heavy Let's Go Crazy, kicking back with the beautiful ballad When Doves Cry or letting rip with the climactic title track, which on the album (unlike the single release) features the most amazing extended guitar solo. The film may be seven kinds of dodgy, but the music certainly isn't.View Deal

Culling its tracklist from some of the 80s' finest, underground UK bands such as Flesh For Lulu, Jesus & Mary Chain, The March Violets, the Apartments and one-hit wonders Furniture. (Remember the brilliant Brilliant Mind? Well, it's on here) and solo cuts from Stephen Duffy and Pete Shelley, SKW's soundtrack is a quirky gem, and worth a slot in anyone's record collection. Standout track? Undoubtedly Lick The Tins decidedly Celtic approach to Can't Help Falling In Love. Even better pumping out of your stereo than it is playing over the closing credits.  View Deal