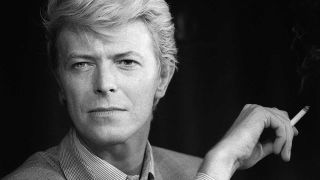 The 80s were curious times for David Bowie. He began at the top of the singles charts with Ashes To Ashes and hit a commercial peak with 1983’s Let Dance, the album that finally established him as a multi-platinum superstar. This, however, brought a degree of inner conflict.

“I was something I had never wanted to be,” he said. “I was a well-accepted artist.”

He duly spent the rest of the decade in a creative slump, issuing a couple of underwhelming albums and paying more attention to his acting career. Nevertheless, there are a number of gems to salvage from Bowie’s less-than golden years.

Bowie was under no illusions as to how far he’d slipped as the 80s wore on – “My nadir was Never Let Me Down. It was such an awful album” – but Time Will Crawl at least offered some salvation. Inspired by the recent Chernobyl disaster, it’s a searing commentary on bureaucratic hubris, marked by tasteful guitar and classy trumpet solo.

Although he would later regret that overblown production diminished its power, Bowie offered a glimpse of greatness on the opening track from the otherwise disappointing Tonight. A mini-epic about his distaste for religious dogma and a wider plea for us all to get along (particularly Christians and Muslims), Loving The Alien boasts a great string arrangement and an impassioned vocal.

Revived for Let’s Dance in 1983, though far less impressively, the definitive version of Cat People was recorded a year earlier for the soundtrack of Paul Schrader’s film of the same name. Bowie is on killer form throughout, delivering one of his most explosive vocals – ‘I’ve been putting out fire with GASOLINE!’ – while co-writer Giorgio Moroder lays down a bed of broody synth drones.

Bowie began the 80s with a dismissal of those he saw as imitators or cheap fashionistas. It’s widely assumed, for instance, that Gary Numan is the subject of his ire in the caustic lines: ‘One of the new wave boys / Same old thing in brand new drag.’ The song itself is sublime, riding along on textural guitars and Roy Bittan’s piano.

Recorded in Montreux during Queen’s sessions for Hot Space, the strength of Under Pressure lies in the contrast between Freddie Mercury’s emotive posturing and the imperious cool of Bowie’s more detached vocal. John Deacon’s snaky bassline is memorable too (later appropriated, annoyingly, by Vanilla Ice), propelling this heavyweight stand-off to the top of the UK charts.

The song that restored Bowie’s status as a commercial superstar, Let’s Dance is a masterful slice of pumping pop-funk, shaped by Nile Rodgers’ Chic-like production. Its leaping chorus and fat horns are irresistible, while Stevie Ray Vaughan’s scorching guitar solo was conceived as a tribute of sorts to blues great Albert King.

Bowie’s directive to session guest Robert Fripp was to imagine trying to outdo BB King in a guitar duel. The King Crimson man didn’t hold back, creating a series of feverish loops that complemented the singer’s shrieking vocal lines and the belligerent narration of Japanese actress Michi Hirota. Bowie later revealed that the cathartic nature of the song was indebted to The Plastic Ono Band.

From its barking-seal guitar intro to Bowie’s dogged Mockney drawl, the title track of Scary Monsters is an unnerving depiction of withdrawal, as told by (in its creator’s words) “a criminal with a conscience who talks about how he corrupted a fine young mind.” The growing sense of paranoia is deepened by Bowie’s multi-tracked anti-harmonies.

Nonsense lyrics aside – ‘We are the goon squad and we’re coming to town. Beep-beep!’ – Fashion was partly conceived as a response to the New Romantics, informed by Bowie’s introduction to Steve Strange and the rest of London’s Blitz Kids. An avant-funk gem with a huge groove, the song is also notable for Robert Fripp’s terse, superlative guitar licks.

Fittingly, Bowie’s second UK No.1 (after Space Oddity) saw him resurrect the latter’s protagonist, Major Tom. The astronaut is in bad shape, strung out on junk, though the wider narrative arc of Ashes To Ashes, said Bowie, served as an epitaph for the 70s. Its most striking feature is its piping Wurlitzer riff, fed through producer Tony Visconti’s brilliantly-named Eventide Instant Flanger.