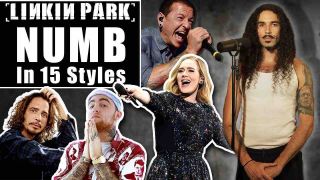 Ten Second Song Guy is at it again. The man known to his parents as Anthony Vincent is famous for recreacting iconic songs in the styles of different artist – from System Of A Down and Metallica to Justin Bieber, Michael Jackson and Twenty One Pilots.

For his latest trick, he’s given the 10-second treatment to one of the biggest nu metal hits of the millennium - recreating Linkin Park’s Numb n the style of everyone from Soundgarden, Nine Inch Nails and Howard Jones era Killswitch Engage to Pink Floyd’s David Gilmour, Leonard Cohen and Adele.

Here are all the artists Ten Second Song Guy imitated to recreate Numb: