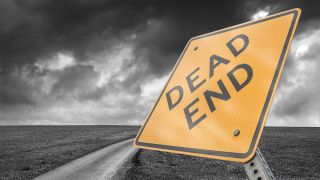 Back in 2012, Bruce Springsteen did the keynote speech at South By South West. It was kind of a big deal at the time, although I forget almost everything about it apart from impressed by what a fanboy he still is. It was cool to hear him say that one of his pivotal influences was The Animals and, for once, not because House Of The Rising Sun was the first thing he learned to play on guitar, but because of their lyrics (“the first records with full blown class consciousness that I’d ever heard”), their look (“one of the ugliest groups in all rock’n’roll”!), even their name (“the most unapologetic group name until the Sex Pistols came along”).

It was interesting to see a guy of his age, and with his success, still get misty-eyed about the romance and “transformative power” of rock’n’roll. But most of all, it was interesting to see him talk about his influences: how the music of his youth directly had a bearing on the music he makes to this day. He talked about James Brown, Roy Orbison, doo-wop, Phil Spector, Woody Guthrie, country music, Hank Williams, Elvis, The Beatles, Dylan, Stax, Motown – and demonstrated what he took from each, in terms of attitude, sound and philosophy.

It’s not just Springsteen. Ask any of the first generation of hard rock stars you’ll get a similar story. You’ll get Tony Iommi raving about Hank Marvin, Jimmy Page talking about Scotty Moore and James Burton, Glenn Hughes banging on about Otis Redding, Rod Stewart about Sam Cooke. Even the second generation: Angus Young would rave about Chuck Berry more than he would about Eric Clapton or Jimmy Page. Joe Strummer would rave about Beefheart, King Tubby and Johnny Cash.

For decades the world of rock was continually being refreshed by every other music: proggers drawing on classical, southern rockers steeped in country and soul, new wavers stealing from disco, thrash metallers colliding with hip-hop, punks finding kinship with ska, soul, rockabilly.

A new purism has crept into rock (and, don’t get me wrong, Classic Rock is probably partly to blame, as a music mag so clearly dedicated to a single musical genre). Rock is eating itself, moving in ever decreasing circles, recycling its greatest hits. The genre is becoming more and more inbred: a crooked-backed, cross-eyed hillbilly with a Les Paul instead of a banjo, but equally intent on making you squeal if you’re not one of us.

Readers regularly complain about CR’s coverage of acts they consider NOT ROCK ENOUGH. An obvious example being the likes of Paul Weller (a long established artist who – as is obvious to anyone with ears – plainly plays rock music; who openly talks about being influenced by Humble Pie, The Kinks, Krautrock and British psychedelia), but including The Darkness (too pop, not serious enough), Muse and Black Keys (too trendy, tainted by the whiff of indie) and many others.

Supergroups like Metal Allegiance, Flying Colors and Black Country Communion, meanwhile, play into the hands of the rock purist, bands whose rock pedigree is magnified by the baggage they bring with them. They’re like the Hard Rock SAS: battle-worn vets with hard-won knowledge from years in the field. Bullet-proof.

The reissue industry, meanwhile, continues to mine a ‘purer past’, unearthing 100% rock gems from the days when denim cut-off ruled the world. “Call yourself a rock fan?! You don’t know anything until you have the complete works of Armoured Saint!”

In some respects it’s… brilliant. There is, as I hope anyone who reads Classic Rock regularly knows, a wealth of great new music out there (from relative old hands like Black Stone Cherry, Joe Bonamassa and Rival Sons to The Struts, Greta Van Fleet, Monster Truck, RavenEye, Inglorious…) and the list gets bigger and bigger each month. You find yourself saying to people, “You’ll love this! It sounds just like Zeppelin/Lizzy/DC/Sabbath!”

It’s become a way of saying to people, “Yeah, I’m asking you to like new music, but it’s not gonna be weird – it’s exactly like that other music you like!”

We’re amazed that, in this day and age, someone else has managed to nail the sounds of our favourite bands. (Often we’ll play new music in the office and Prod Ed. Paul Henderson, a 70s rock veteran, will look up – “Who’s this?” – confused that he somehow missed some band from rock’s greatest decade.) But the truth is that with digital amp modelling and multi-fx units it’s never been easier to sound like your favourite band. And, in a culture used to doing everything the easy way, young bands get the sound, pat themselves on the back, and forget about writing songs to match the likes of Don’t Believe A Word, Black Dog, Whole Lotta Rosie, All Right Now, Welcome To The Jungle etc etc.

They got the guitar sound, they’ve got the hair, they’ve got a black t-shirt with a skull on it and they’ve got a record company that knows how to reach their target market – job done, surely?

And this is the problem. At its worse, it feels like we’re being marketed to. The record companies and promoters know what we like and feed it to us in ever less imaginative ways.

“Hey you! Old man! Teenage rock geek! You with the hair and the leather jacket! You like bands that look like Motley Crue, right? What if they also sounded like Def Leppard-meets-Poison? C’mon! It’s a pure rawk experience! Are you a defender of the faith, or what?”

“I got just the thing for you! Imagine AC/DC-meets-Rose-Tattoo-covering-Krokus, played by members of Airbourne, Bonafide and 77! They’re called DC. No, not cos of AC/DC, cos they’re from Washington DC! Pffft! AC/DC! That’s just a coincidence! The album’s called For Those About To Rock Even Harder! Hey! Where you going? Come back! I got some blues guys that sound like Stevie Ray Vaughan! A new prog supergroup with Mike Portnoy jamming with… Mike Portnoy! C’mon now!”