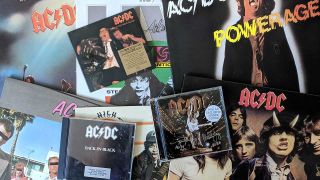 There are many questions that can be answered definitively on the differences between CDs and vinyl, but if what you seek is proof that one sounds better than the other you might be quite disappointed.

The idea it’s an argument that’s been used to explain why CDs initially stole popularity and also as to why vinyl has experienced its more recent revival goes some way to highlighting why the answer is not quite so straightforward.

How does each work?

Looking briefly at how each medium works is a decent place to start, however.

Vinyl is perhaps simpler, in that its signal remains analogue throughout the chain. Information is pressed into the grooves of a record, which are tracked by a needle attached to a cartridge recognising the vibrations as frequencies and sending them to be amplified – first by a phono stage and then a power amplifier – before the sound comes from your speakers.

Essentially, then, all the information of a recording is housed within the disc, meaning it is in effect the only truly lossless audio format, and it is up to your turntable and other components as to how well it is translated.

Being digital, CDs don’t work with a continuous analogue wave, but effectively take photographs at different points along the wave and transpose its shape into 1s and 0s. A digital-to-analogue converter (DAC) is then required to fill in the information missing between those snapshots, joining dot to dot to form an analogue wave once again that can be reproduced by the speakers.

The quality of a digital reproduction is dictated by how many of those samples of the original are made; it is why MP3, with relatively few samples, is so poor, and hi-res audio, with far more, is the closest we have to a studio recording. CD-quality sits somewhere in the middle, with 44,100 samples per second at 16-bit accuracy.

Though CD’s sample rate is high, and we’re all well aware how good they sound, the idea of its being converted once into digital and then back to analogue, losing and approximating information, seems to infer it will always be inferior to vinyl.

That pure analogue signal certainly gives vinyl a richness that many digital recordings have attempted to ape, but anyone who has owned a turntable will be aware of the inconsistencies.

There is the wear and constant necessary upkeep that affects every disc, but that is to assume you’re getting a quality product from the off.

Bad pressings can occur for multitude of reasons – perhaps due to cheap materials or equipment, or maybe in attempt to squeeze grooves too closely together for a longer playing record. What’s sure is that there are heaps of them around, maybe even more so now as the few remaining pressing plants scramble to keep up with a demand nobody quite saw coming.

While coloured vinyl and picture discs are an easy way to ensure degradation to a record’s playback, there are practices made to better the way an LP sounds.

The simplest is to make a record that plays faster. The more information running past the needle per second, the more detailed the sound being reproduced; so a record spinning at 45rpm will sound better than the same one built to spin at 33 1/3rpm.

The latter is usually preferred for an album, as it means you can fit more tracks onto a single disc, but it is becoming slightly more popular to favour sound over convenience, especially with re-issues.

Another practice becoming more popular is cutting records at half speed. It’s labour intensive, requires augmented equipment and specific technical knowhow, but the non-stressing of the system as it cuts delivers a more accurate representation of the music in a press.

How your setup affects your records

Budget and good system matching are obvious influences on how both your CDs and vinyl will sound, but maybe even more so with the latter it’s the little things that count.

Setting a turntable up properly for a start – setting the correct tracking weight, making sure it’s level, having the correct cartridge – and good support is paramount. You don’t need to spend thousands on a hi-fi rack, but suspended floors especially will accentuate footfall and vibrations from your speakers and have more of an effect on performance than they might with a CD player.

It’s also more than worth investing in a good quality phono stage, speaker cables and interconnects, and even power supply – at least making sure your equipment is all powered from the same source – to give your turntable the greatest chance of reaching its potential.

Much of whether CD or vinyl sounds better will relate to your system, the quality of your source and personal preference, but there’s reason there remains space and demand for both to exist in this era of ever improving streaming services and hi-res downloads.