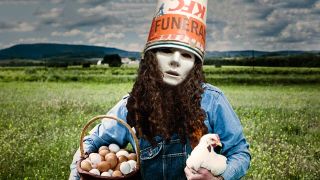 Some albums sound so perfect, so fully-realised and vital that they seem to have been beamed down from somewhere way up on high. How many times has a performance stopped you in your tracks?

But even the world’s biggest artists need the right conditions to capture that perfect take on tape. We take a look at the ridiculous lengths these musicians have gone to in order to get in the zone and create magic in the studio.

Many artists build a home studio so they can do things at their own pace, on their own terms, in an environment that’s comfortable to them. But Peter Gabriel proved just a little too relaxed in his man cave during the making of his multi-platinum album, So. Fed up with endless procrastination, producer Daniel Lanois supposedly nailed the studio door shut, refusing to let Gabriel out until he’d finished writing the lyrics. Whether or not Lanois used a sledgehammer to do the deed remains unconfirmed.

But the ultimate home studio award has to go to Pink Floyd’s chief noodler, David Gilmour, who bought a beautiful houseboat – originally built for slap-stick music hall entertainer Fred Karso in 1911 – and crammed it with gear.

Bored of soulless, windowless studios, Gilmour saw an advert for the boat, Astoria, during a trip to the dentist in 1986 and set about creating the perfect recording environment. The deck can supposedly accommodate a 90-piece orchestra, while offering stunning views of the Thames. Gilmour has recorded several solo and Pink Floyd albums here, including, rather appropriately, Endless River.

Slipknot’s Corey Taylor recently went on record to dispel the myth that you have to be ‘loaded’ to create good art, speaking candidly about his own battles with addiction and dependency, including his former insistence on a Jack and Coke before delivering a live performance.

Taylor concedes that chemicals and alcohol have only ever stunted his creativity or damaged his voice. His bandmate, Shawn Crahan (aka Clown), has found another method for fuelling the imagination: keeping a dead bird in a jar, which often made an appearance at early shows.

The band admitted to inhaling the noxious fumes from the jar, just to see ‘what death tastes like’. Lo and behold, it turns out that death tastes pretty disgusting, leading them to vomit in their masks as a result. The price we pay for art.

When Talk Talk’s reclusive frontman Mark Hollis sadly departed earlier this year, what particularly resonated the most wasn’t an outpouring of grief from the public, but rather a torrent of admiration from the many musicians whom he had inspired. In particular, they waxed lyrical on his integrity and commitment to creating pure art.

Originally dismissed as New Romantic cardboard cut-outs, Talk Talk ultimately took artistic control to the extreme in the studio. This included steadfastly using analogue gear and turning the lights down low, even in the middle of the day, to create an eternal twilight.

For Hollis, it was all about creating a mood and intensity that would translate to tape. Session musicians would be pushed to do over 50 takes, just in case some magic might happen on the final attempt. And often, the musician in question wouldn’t even get to hear the track that were playing on. Hollis would give them a general steer on what he was trying to achieve and then let them ad-lib, preferring an open approach in which anything could happen.

It was a painstaking, trial-and-error process to assemble the final track from the various takes and experiments. Deciding what to take out was just an important as what to keep in.

Ex-10cc members Kevin Godley and Lol Creme tried a similar technique while recording 1979’s Freeze Frame. According to Godley: “After we made a simple rhythm track, each of us would come in independently and record something we wanted to hear. I would go in one evening to tape my vocal bits and pieces, then Lol, and then Phil, with none of us hearing what the others had done... It’s an interesting process, the element of chance.”

For many producers, one of their chief aims in the studio is to put the artist at ease, in the belief that they’re much more likely to deliver the goods. But the pioneering ‘godfather of ambient’, Brian Eno, likes to do the very opposite.

Eno is a master of mischief, intentionally putting his artists on edge. That’s exactly why Coldplay employed him for their fourth album, Viva la Vida. Eno set to work by taking Chris Martin out of his comfort zone, encouraging him to take his voice to new places. Supposedly, one of Eno’s many party tricks has included blindfolding artists – a variation on a theme used by several producers – including sticking a blanket over their heads to disorientate them.

Along with Peter Schmidt, Eno famously developed the concept of ‘Oblique Strategies’, a method of songwriting using prompt cards to promote lateral thinking. These cards include phrases such as ‘honour thy error as a hidden intention’ and ‘try faking it!’ Often brought in to add atmospherics to tracks, Eno has been credited for contributing ‘Enossification’ and ‘Enoxification’.

Brooklyn’s Big Thief have largely traded on subtlety and understated gestures in their relatively brief career so far, an approach that has seen their profile rise meteorically.

While many bands become more expansive with each studio effort, Big Thief’s most recent album Two Hands instead pushes even further inward. Their notion of getting ‘in the zone’ essentially entails something quite simple and primal – capturing the subtle nuances of four musicians intimately bound together in the moment as one.

Still, this is not to say they aren’t partial to the odd moment of musical experimentation, as demonstrated on their previous album, U.F.O.F. Echoing some sort of ancient Pagan ritual, the band suspended a guitar from the roof of a barn in the centre of a circle of amps, and then ‘beat it like a piñata’ to capture their desired sound.

The Beach Boys’ early output was all about endless summer. Just listening back to those timeless surf guitar singles, you’re instantly transported to an idyllic Californian beach, with golden sand beneath your toes.

Chief songwriter Brian Wilson took that idea one step further, having a large sandpit built in his dining room to accommodate his grand piano. If reports are to be believed, the custom-built sandbox, installed circa 1966, took around eight tonnes of the stuff.

Whilst Brian was apparently delighted with the results, it’s said his piano tuner wasn’t best pleased at the sacrilege paid to such a fine instrument. Nevertheless, it provided Wilson with the perfect environment for concocting his gorgeous ‘teenage symphonies to God’. He worked at this very piano with lyricist Van Dyke Parks for his ambitious Smile project that would eventually see the light of day many years later.

What do you do when your group is imploding under the weight of its own success, incendiary inter-band tensions, member walk-outs and rehab? For Metallica, the answer was simple: enlist a group therapist, bring the cameras in to record the whole thing and then release it as a movie.

Some Kind Of Monster laid bare the fractions within one of the world’s biggest bands for all to see. Let alone getting in the zone, it was a big enough challenge simply getting them in the same room. Early sessions led to the departure of bassist Jason Newsted. But the resulting album, St Anger, though perhaps not their masterpiece, saw Metallica re-energised and fired up again. The fact that it existed at all was nothing short of a miracle.

But in creating the album, the Californian nu-metallers were prepared to suffer for their art. Ross Robinson (who had produced their previous two albums) relinquished his duties behind the the console, but was retained by Jonathan Davis as a vocal coach.

So how did Robinson get the singer in the zone? By repeatedly punching him in the back, apparently. But even this admirable attempt to fire up the frontman wasn’t enough to get the ultimate take out of Davis. By his own admission, Davis refused to even enter the vocal booth until the producers had delivered him an 8-ball of coke. He also later revealed some of the X-rated antics going on around him as he laid down his vocals – things that would make your mother blush.

Most disturbing of all were the decidedly unconventional techniques deployed by Reed and his producer, Bob Ezrin to capture the mood. Standout track The Kids is characterised by the haunting screams of a child being taken away from their mother. To capture this moment, Ezrin is said to have told his own children that their mum had died in a car crash, and then recorded their response. Which ever way you look at it, this can only be viewed as an abhorrent and cruel means of creating art, but the results were certainly effective.

Guns N' Roses' Chinese Democracy album must go down in history for having one of the most drawn-out recording processes in history. Following the implosion of the band’s imperial line-up, various methods were employed to create magic in the studio, or in many cases re-create magic, with Axl Rose apparently insisting on getting new members to exactly recreate note-for-note parts previously recorded by other musicians who had since been fired.

When the band took up residency in one particular LA studio to continue work on the notorious album, eccentric guitarist Buckethead (identified by his KFC family bucket headgear) made himself at home by creating a human-sized chicken coop in the live room, complete with real hay. We can only imagine what Axl made of that.